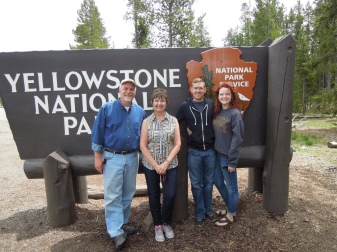 My Dad has been called a lot of things: Captain, Scout Leader, brother, son, Director, boss, Eyebrows, band geek, advisor, husband, but mostly I just call him Dad. It’s strange seeing your Dad, who’s always been just been Dad, through your friends’ eyes. It was on a mission trip to New Orleans after Hurricane Katrina that some boys in our group dubbed him ‘Captain Wayne.’ They followed him into those crumbling houses with gusto. Recently, after meeting Dad for the first time a couple friends asked me, “do you realize your father is Atticus Finch?”

When I think about what I want to say about Captain Wayne, the loudest notion ringing in my head is how stupidly lucky I am to call him Dad. He doesn’t have the legal prowess of Atticus Finch, but those friends weren’t far off. My Dad is incredibly humble and fair; he can make tough decisions but doesn’t like to and he always keeps an open mind. He’s also a Gold Star Father – never having missed a recital or competition. In fact, he participated with me in a few drama productions as a kid. I’m sure that if I had ever learned how to run or throw a ball, he would have been there for that too. Though, being a truly great dad requires so much more than showing up for an event or being there for dinner.

People tend to wax poetic about the relationship between fathers and daughters and I think a lot of it is way off base, borderline creepy (looking at you, TLC), and does a disservice to women with Not Great Fathers. You don’t have to have Atticus Finch for a father to become an intelligent, stable, loving, independent woman. Period. I know too many women whose fathers leave a lot to be desired and they are all unique, beautiful, fierce, strong individuals whom I admire immensely.

I like to think I’m also an intelligent, stable, loving and independent woman and for me, my dad had a lot to do with that. Captain Wayne likes a plan and observes the rules but has taught me that sometimes rules are more like guidelines. I know I should always ask questions. My Dad shows me how to be confident in everything; never be ashamed to be silly! Wayne has a loud laugh – watch a Pixar movie with him – and he never suppresses it. He also knows how to put me in my place when I get a little too confident and his is one opinion I hold in the utmost regard. I like that we can have really serious conversations but also laugh until we’re weeping. 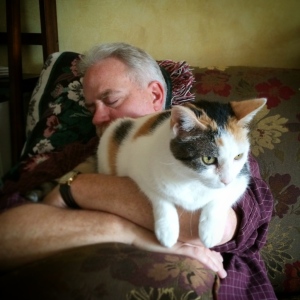 He’s not perfect and we’re not perfect: Dad gets really frustrated when I don’t explain technology well enough or shout too loud about Republicans at the dinner table. It doesn’t matter though, because I know my Dad loves me and I love him just as much.

There’s a lot more I could say but I’m running late for lunch with my Dad.